Coat of arms of the Union of Soviet Socialist Republics from 1958 to 1991 (Photo credit: Wikipedia) Two weeks spent in Serbia have made me reflect very much on unity and diversity in the Balkans. What, after all, these Balkans. Apart from a geographical connotation very uncertain (to differentiate the Italian peninsula or the Iberian Peninsula Balkan boundaries rather vague: it includes Greece? Includes Hungary? And Romania? And Croatia?), There are inconsistencies from historical and social implications. For example, we might ask if by “Balkan” should indicate those people who, for reasons related to antagonism between “Christianity and Islam” (or perhaps we should more correctly say, in this case, between “Vienna and the Sublime Porte” ) were narrow, rolled, bearing a guerrilla peace, spectators, sometimes involved and sometimes not, to a much broader cultural conflict.

At least there was the cultural conflict, it is true, but, judging from the reflections that occur in the architecture, only until the nineteenth century.

Indeed, it is said that after independence, Karadjeorgevic, new rulers of Serbia, Belgrade ordered the demolition of Turkey (Turkish?). Likewise did the Hohenzollern Bucharest. Yet, they did the same even the last sultans of Istanbul? There was rather a process of progressive Westernization of all countries pertaining to the Eastern Mediterranean (including the Balkans), indeed, given the age of Frenchification? Perhaps, in terms of urban and that (reflection) of a cultural nature, the demolition of Baron Haussmann in Paris can not be regarded as far from those Serbs, Romaniansor Turks. Another look quite grotesque is the ratio between Serbia and Romania. I call them the “distant neighbors”.

Apart from the more than four hours to travel between Belgrade and Timisoara, although apart from their only ninety miles exists between Serbs and Romanians, a dark misconoscenza mutual prejudices based on false (after the injury is false in itself, in any case). Yet, Serbia and Romania had a parallel history, very similar, both in the epic resistance to the Ottoman Empire (with ups and downs, obviously, because they were, Serbia and Wallachia, tax Istanbul for long periods). Then nationalism, fascism, communism, antagonism in Moscow (detectable both in Ceausescu and Tito), the inglorious end of social democracy, the moral crisis. Only the war story, and it is only because, probably, Romania outside Bucharest, is small. Bucharest has been for five years, an extraordinary turnout and the center of primary importance throughout the area. After all, a huge market. Today is the most populous city and the entire active region (excluding Athens, obviously, but as I said at the beginning, I do not know whether or not belong to the Balkans). Belgrade, however, has always been a crossing point, because it created a strategic capital. Always been strategic, as evidenced by the then Austrian and Turkish citadel that dominates it.

Yet the paradox there: Serb and Romanian ingore it. Nobody knows nothing of the other. The Serbs consider

different and “poor” Romanians who consider themselves Serbs and other “barbarians”. Yet still eat and drink too, are equally poor and equally barbaric (as I say, and equally advanced with high development potential).
Distinguishes them only the language, this strong defense as an element of antagonism to Austro-Hungarian or Turkish charges applicable. Even religion is the same, and with it, most of the arts and popular traditions, customs, music, dances. Even the mindset is no different. It is sometimes said that the Romanians have been flattened and annihilated by communism and this entails, still, their little initiative. From experience, however, I can certify that he saw many more enterprising Romanians than we see in the West. The fact that there is culture and business ethics is another matter altogether, but the situation in Serbia is just the same. 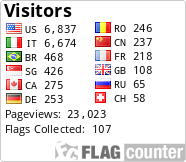